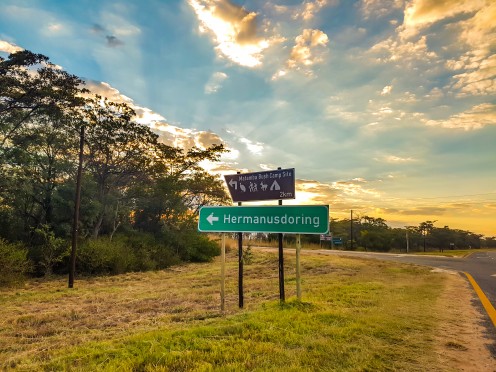 #JFWLovesTravel, The Long Of It Travel, Travel
No Comments

It has only become truly apparent to us in more recent years how wonderfully rewarding camping can be. With new fervour, we set about making camping plans for every remaining month of the year. Work was getting hectic and we yearned for more of these peaceful breaks that rejuvenate the soul. We found an article listing “remote” camp sites and decided this was exactly the kind of list we liked.

You can also now check out Tall Dark & Handsome aka the Travel Gigolo’s episode on Matamba Bush Camp. 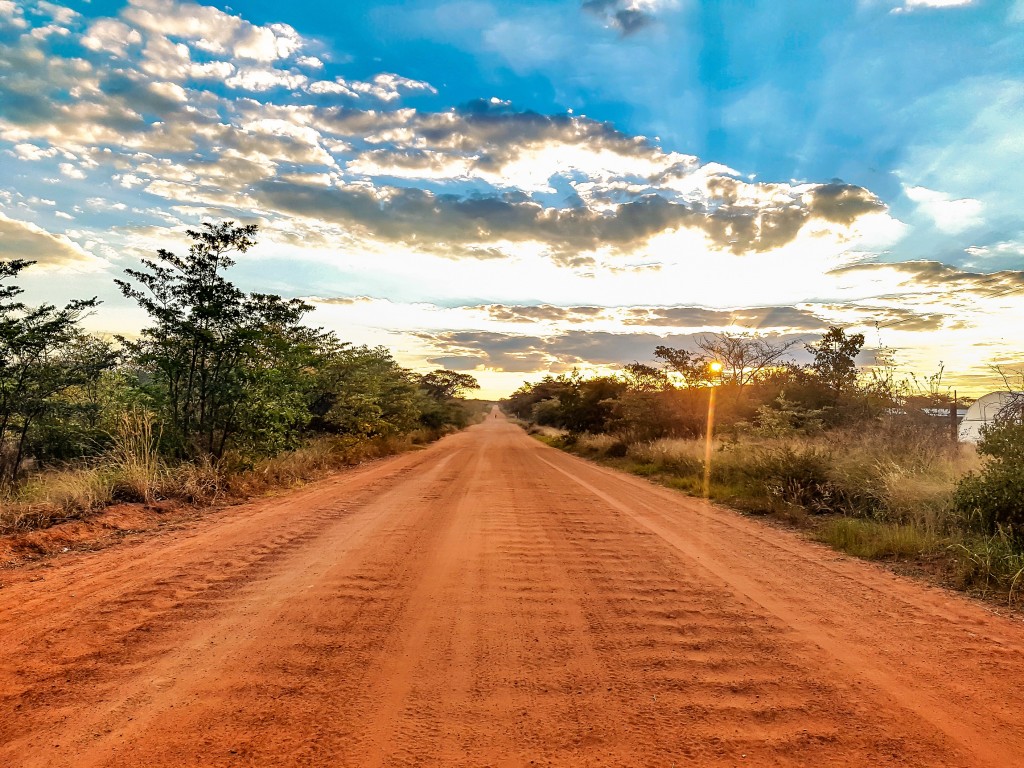 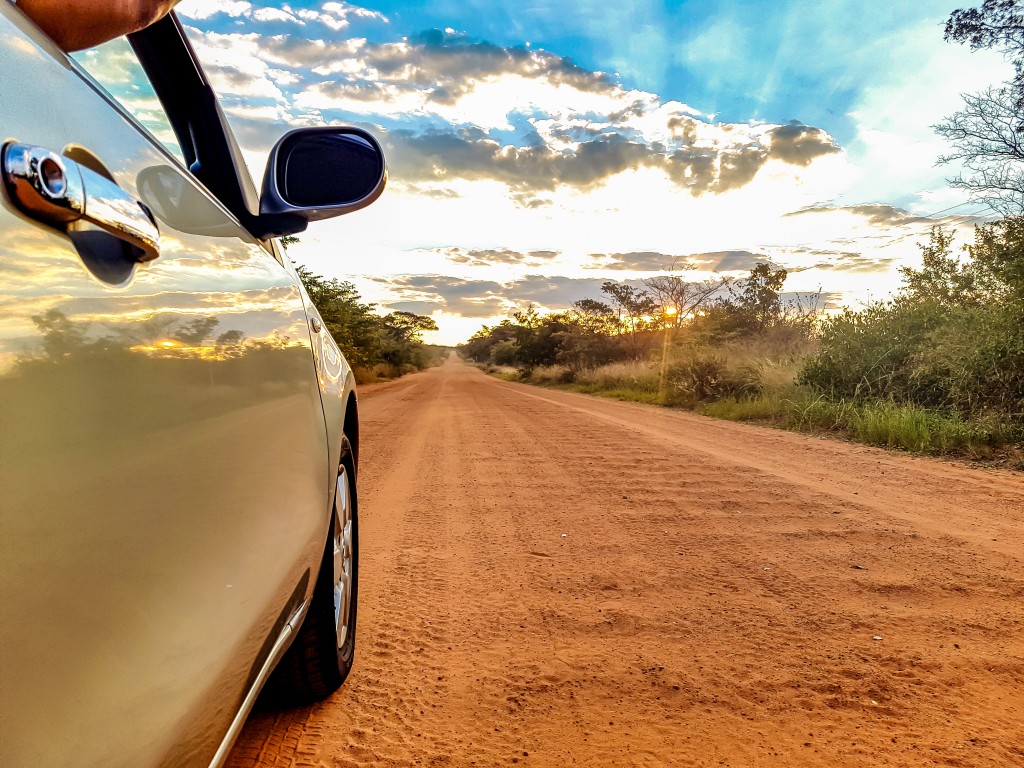 Due to our demanding day jobs, we couldn’t be taking time away from work willy-nilly. We set the following in place: We would take a half day on the Friday, choose somewhere withing 350km from Jo’burg, and ensure, come hell or high water, we were on the road by 13:00 and not a second later. As we all know, Friday traffic starts even earlier and getting through the Pretoria highway madness (after successfully exiting Jozi) can be an achievement of epic proportions. I would drive the first stretch, and Tall Dark & Handsome (also known as the Travel Gigolo) would field calls until 4ish, when he would disconnect and forget about work for a while. As the assigned “GET OUT OF THE CITY” navigator, he would also find alternative routes should Google tells us we were about to drive into a 2 hour delay. 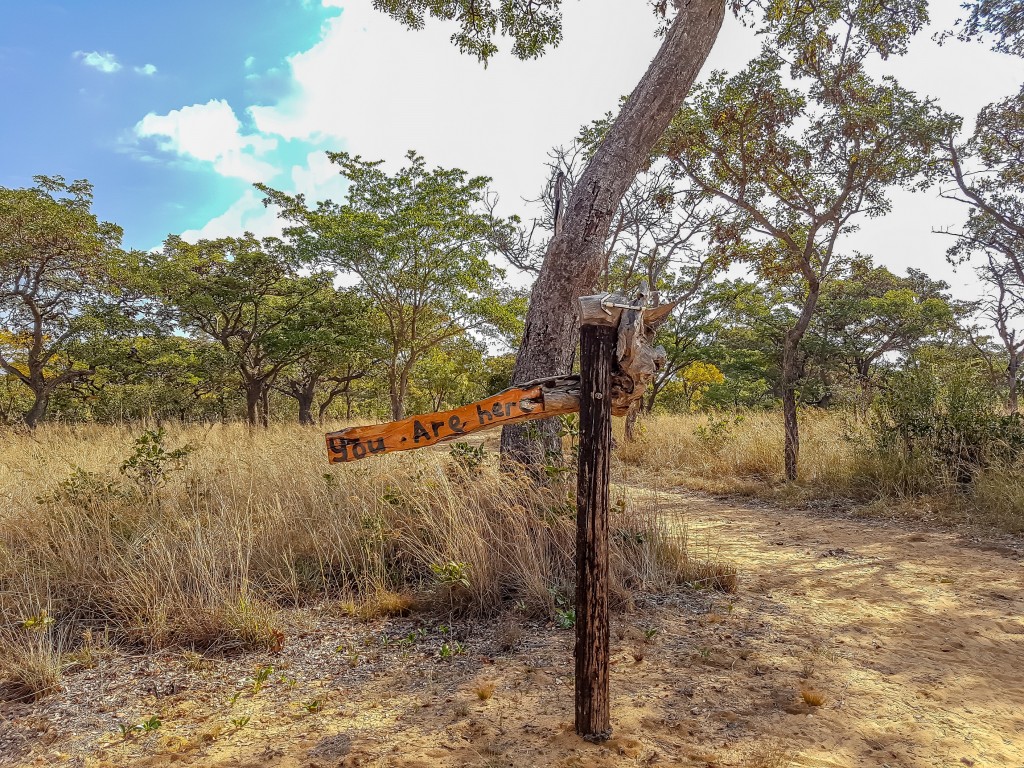 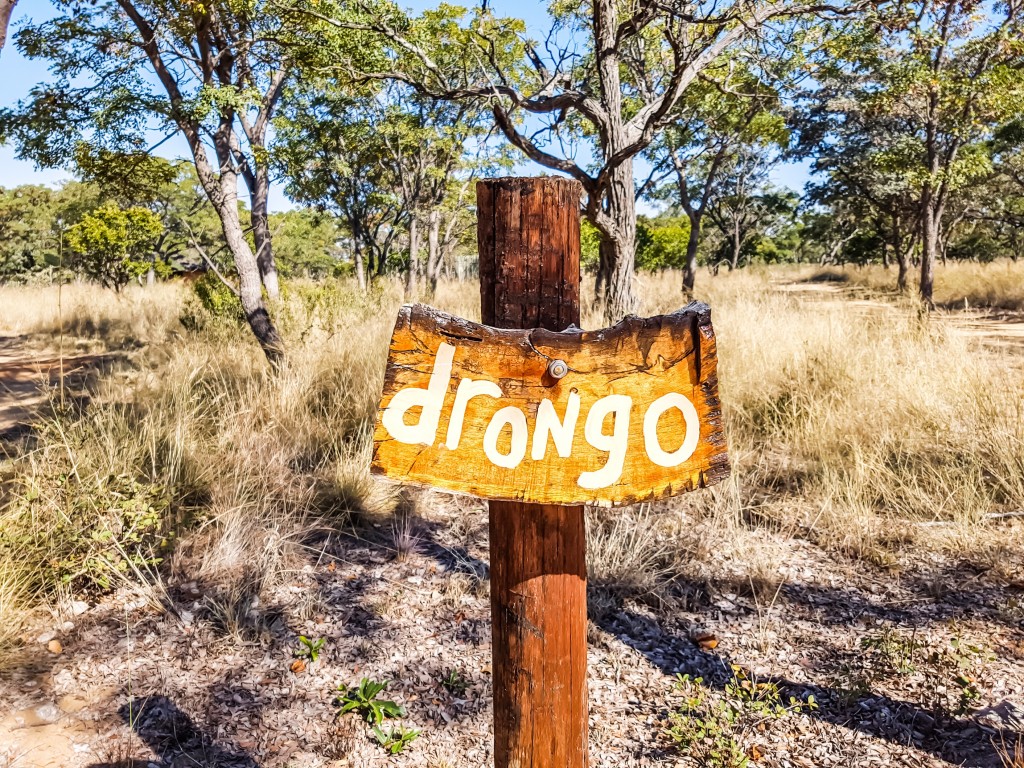 It was with absolute pleasure that we headed into Limpopo, a very overdue proper visit. We’d decided that this province was seriously in need of some further exploration. We’d read about Matamba Bush Camp, situated in the Waterberg, and were very excited to check out this location that boasts only six campsites! We hoped that travelling to Limpopo would at least hold some warmer weather in store for us. Truly, the days are warmer, but the nights … not quite. I suppose there is no real escaping winter unless you’re willing to travel a fair distance north. 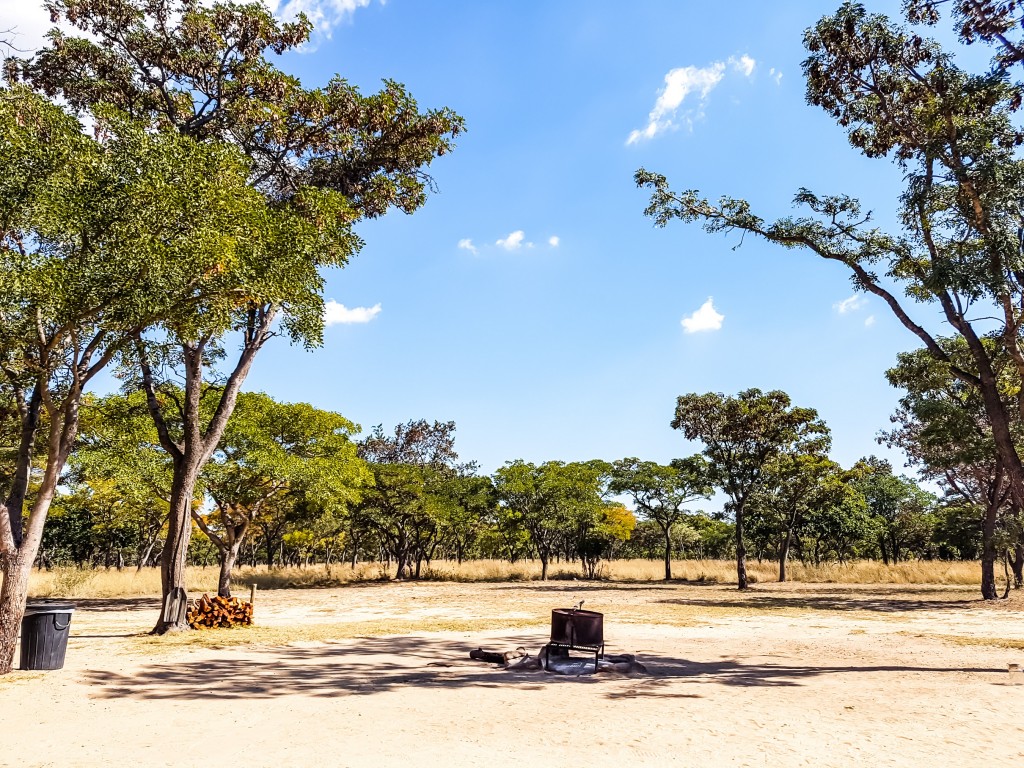 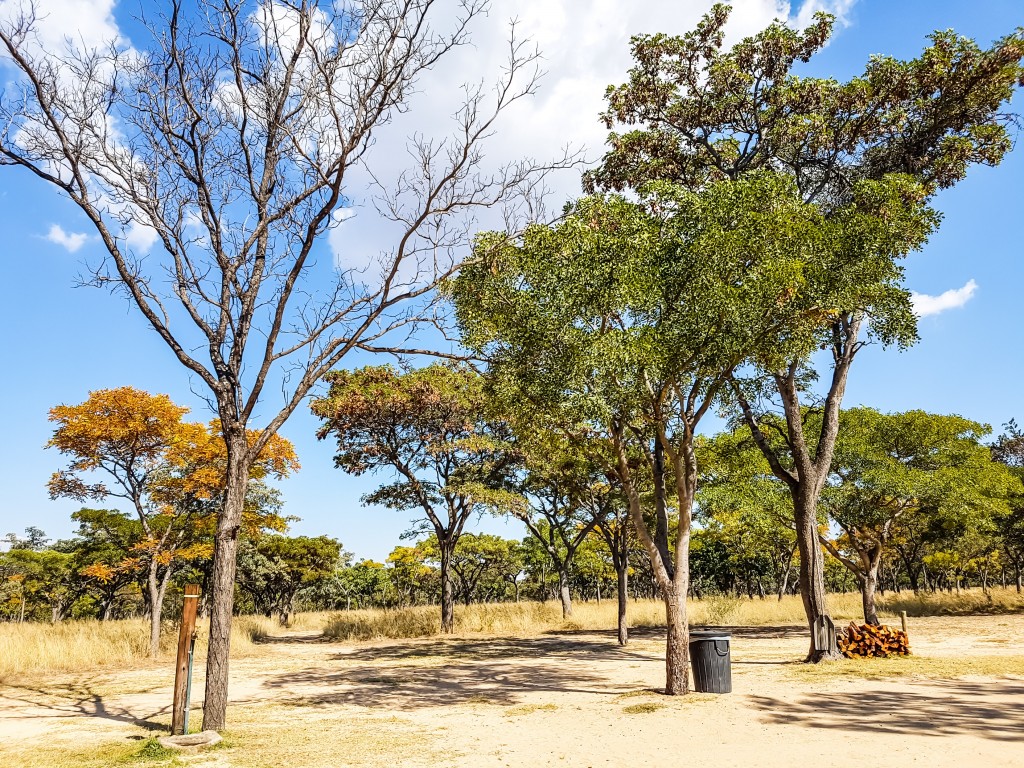 We may have been a bit leisurely about our drive, because despite leaving Gauteng at 13:00, we turned into the dirt road to Matamba just as the sun was setting around 17:30. Luckily, we had remembered to message the manager (as instructed) upon leaving the nearby town of Vaalwater, so they were waiting for us at the gate, both to open for us, and show us to our campsite. 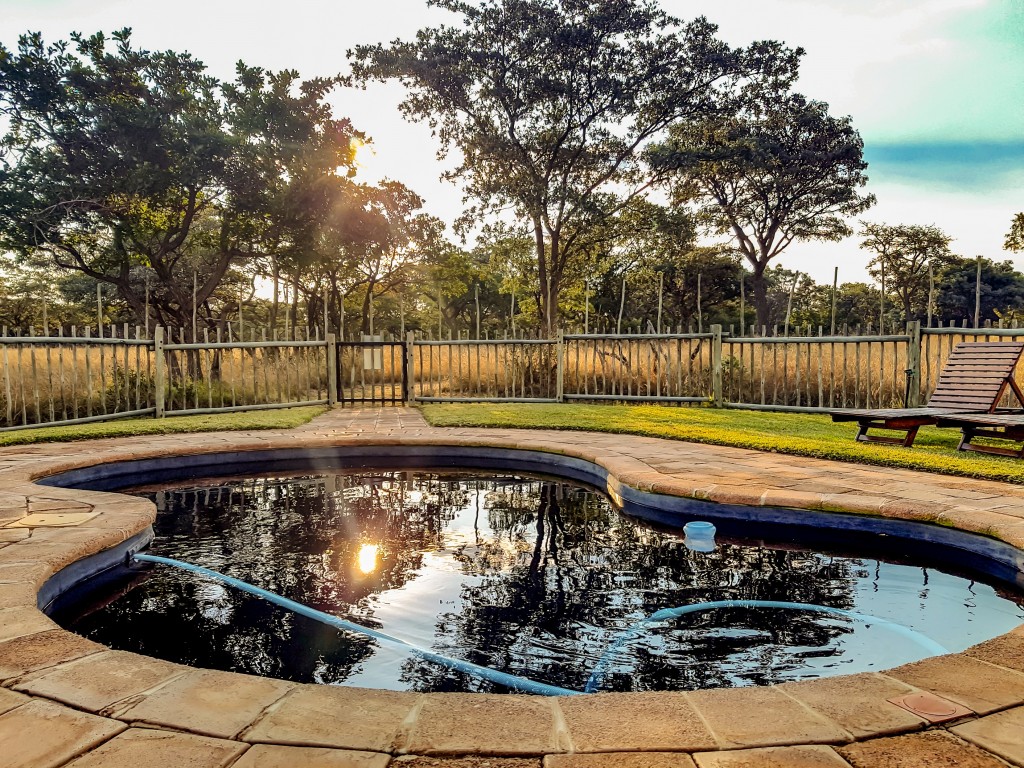 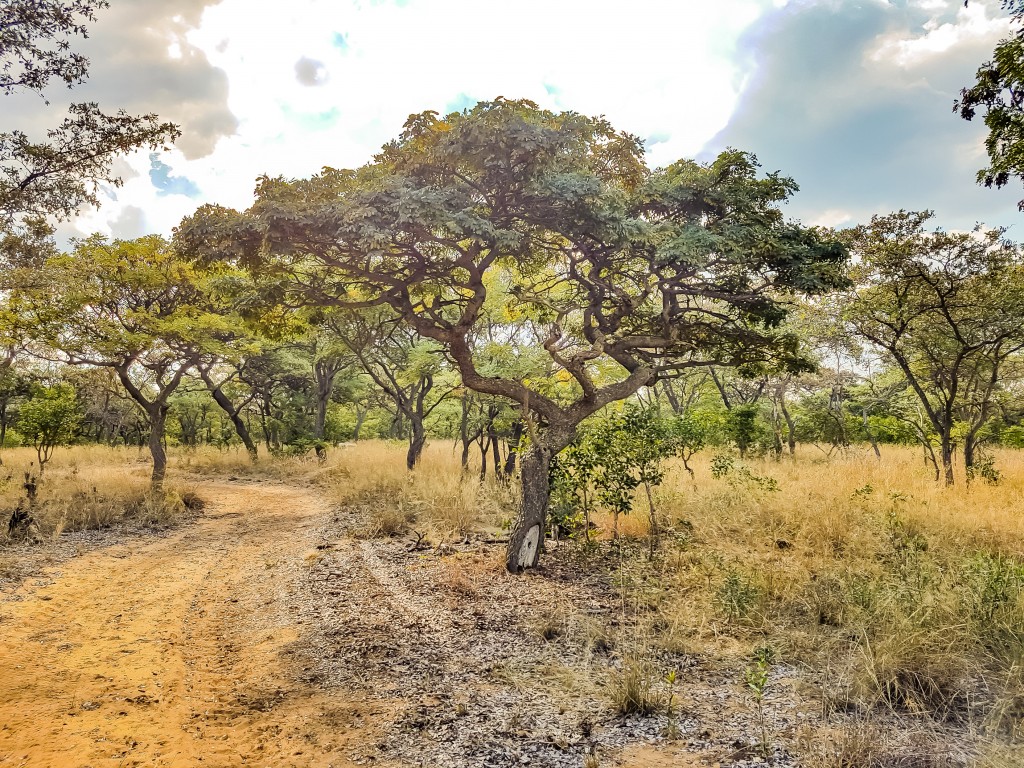 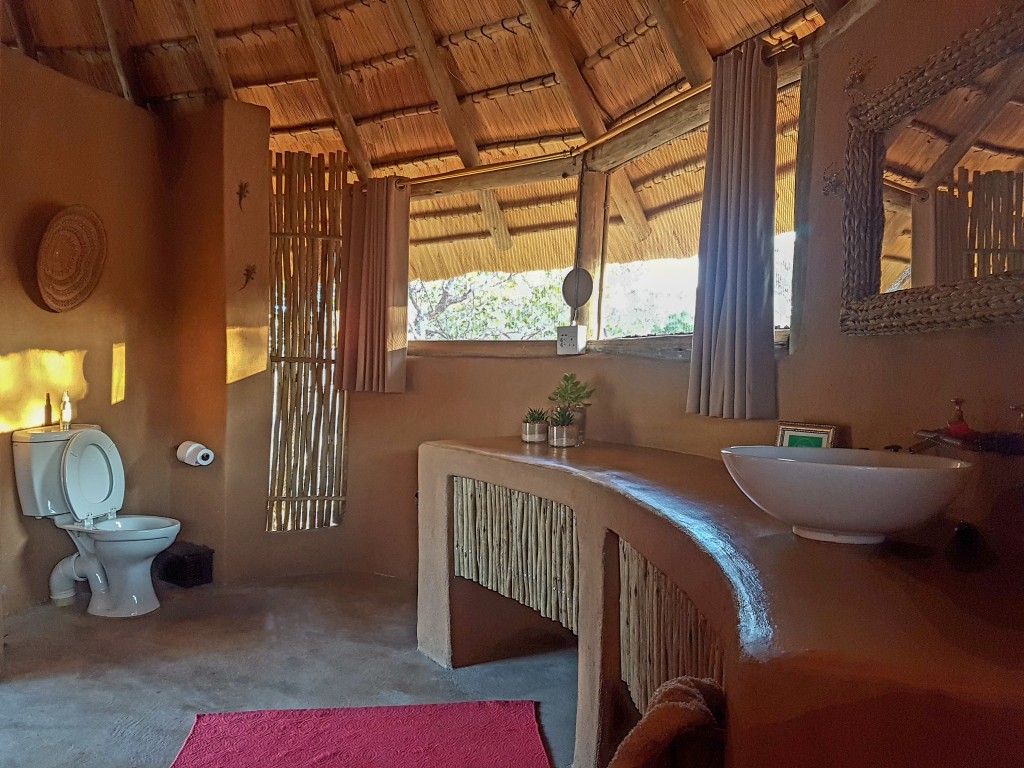 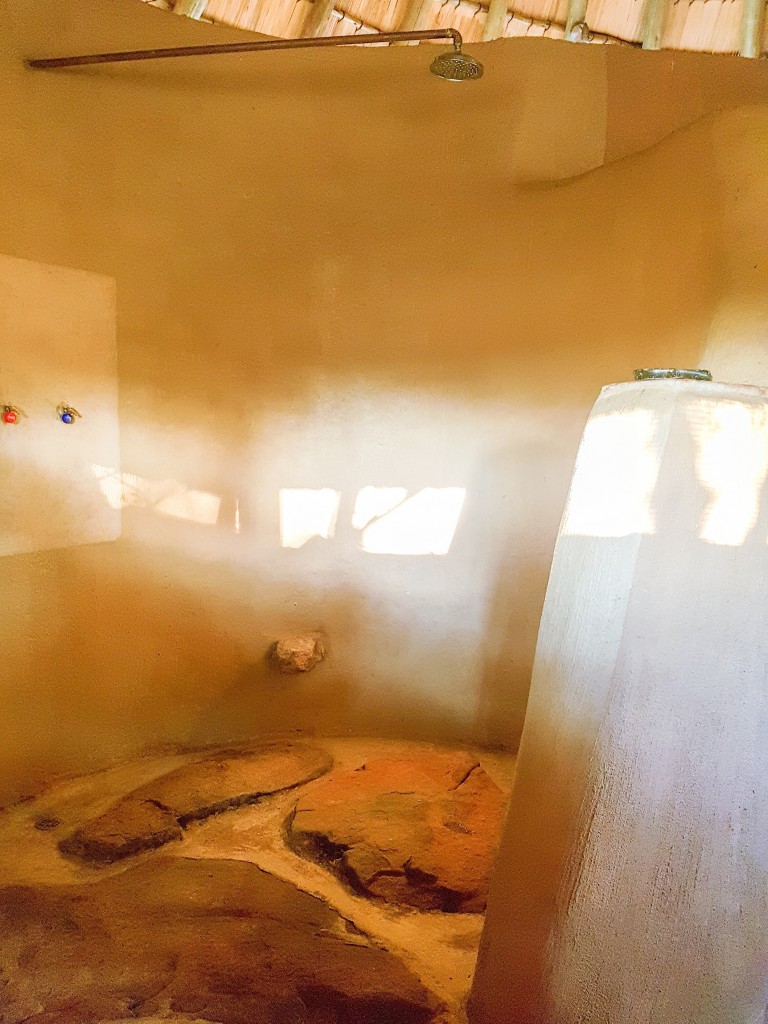 By the time we drove into our campsite, called Drongo, we were fighting the loss of daylight so we immediately fell to setting up camp. Unbelievably, we were a bit rusty, this being our first camping trip since the last epic December trip. So setting up was not the smooth, streamlined process we were used to. Nevertheless, in no time at all, we were settling down in front of the fire, getting dinner on the go. The ultimate feeling of relaxing back into my camping chair, and the stunning quiet that surrounded us, made me feel truly at home! Every once in a while, the camp noises – a crackling fire, the soft murmur of conversation, the kettle boiling, the sizzle of steak – was interrupted by noises from the bush: grunts, snorts, grass moving, a sudden burst of running. We would lift our headlamps and see the reflection of a pair of eyes. Matamba does not feature any major predators, so we weren’t too worried about the eyes watching or the noises off in the distance. 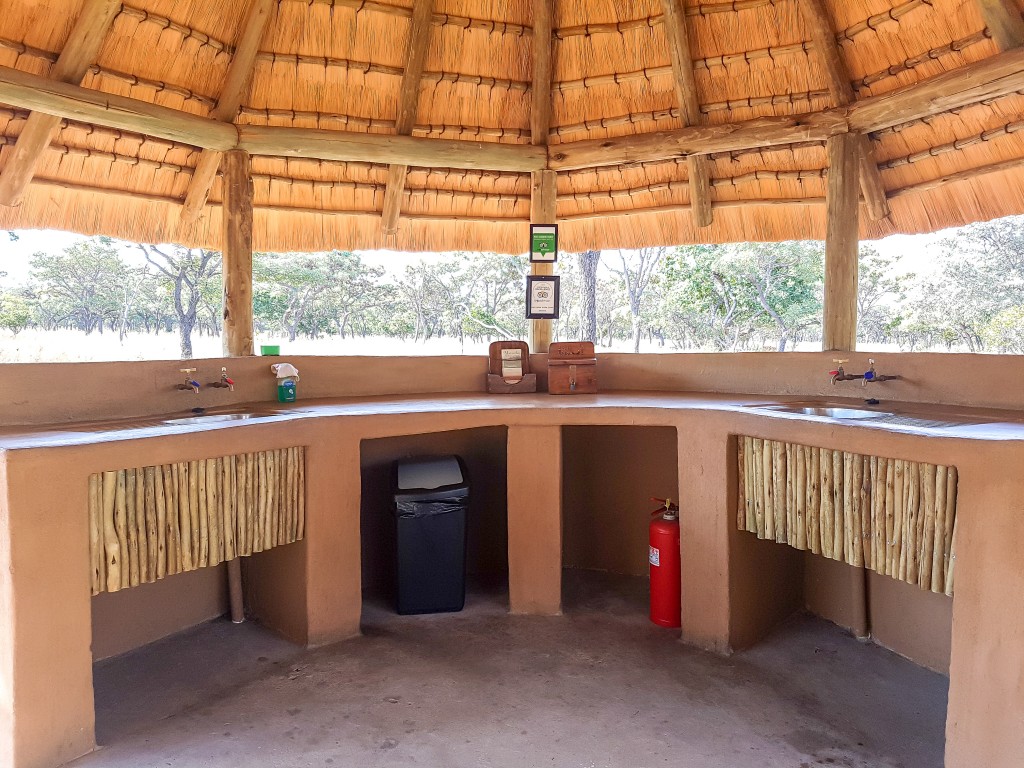 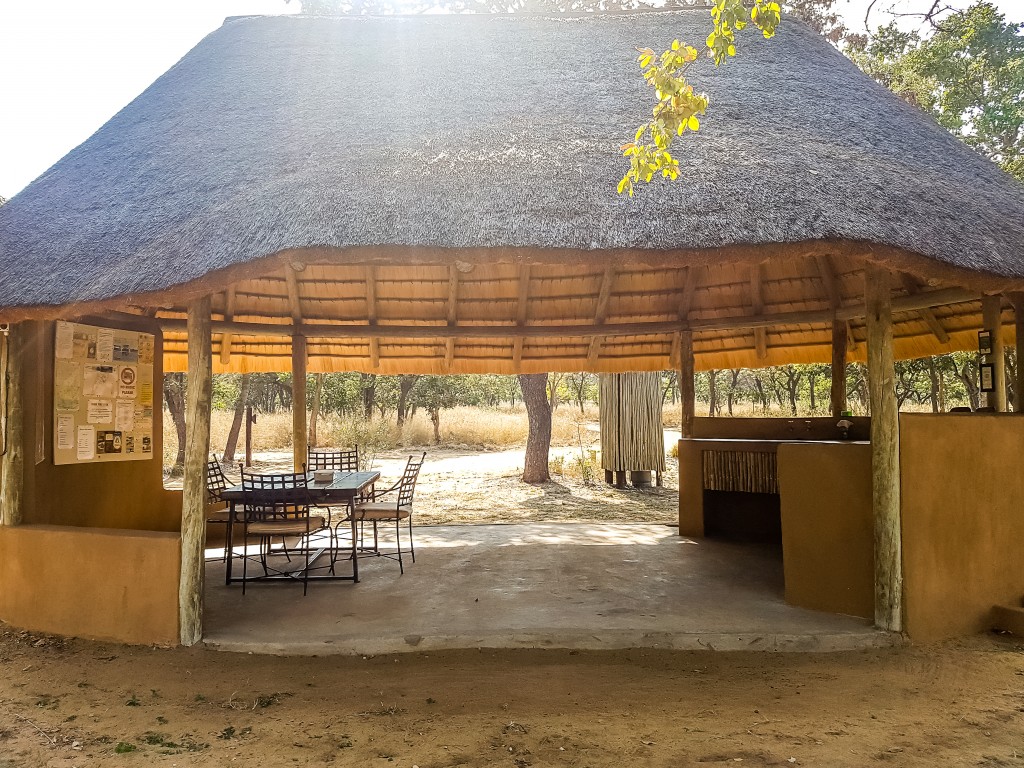 The later it got, the colder it became, despite the camp fire, so we headed to our tents to settle in for the night. Very unlike me, I was up before sunrise! So I headed outside and set up my phone to do a time lapse. But the cold soon chased me back to the warmth of my sleeping bag and Tall Dark & Handsome. We snoozed dreamily a little longer, before I woke up with a start wondering if monkeys might decide to snatch my phone (an absurd thought). I rushed outside to find the camp and surrounds still very much quiet and serene, with only the bird life out and about in any kind of visible fashion. 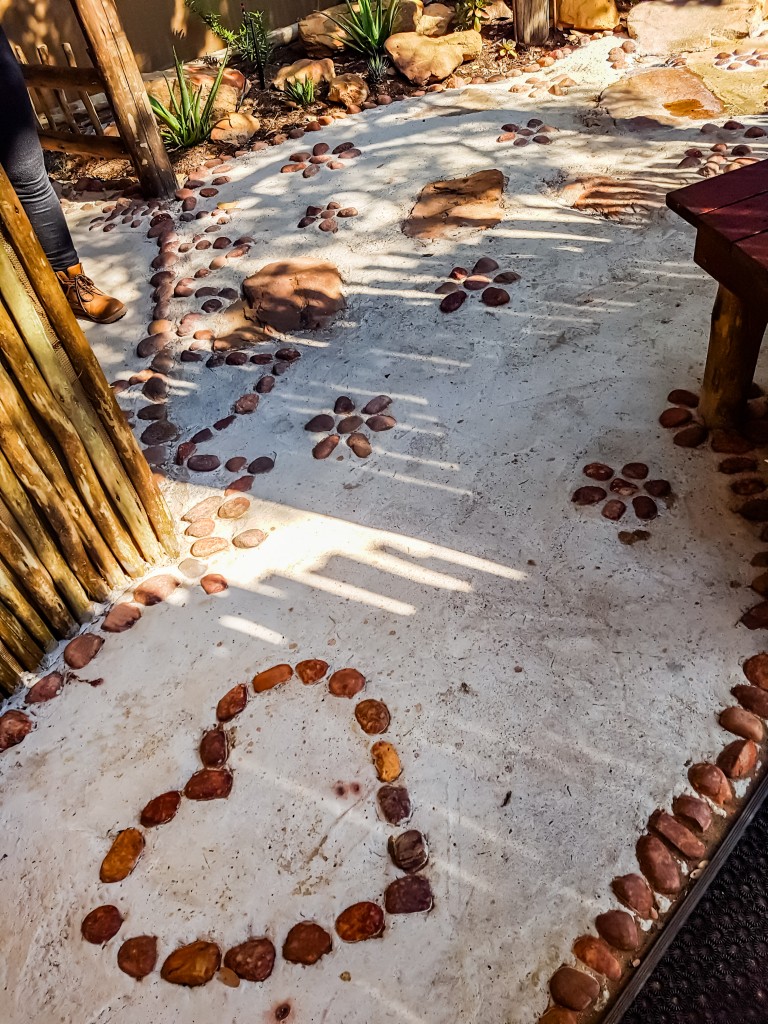 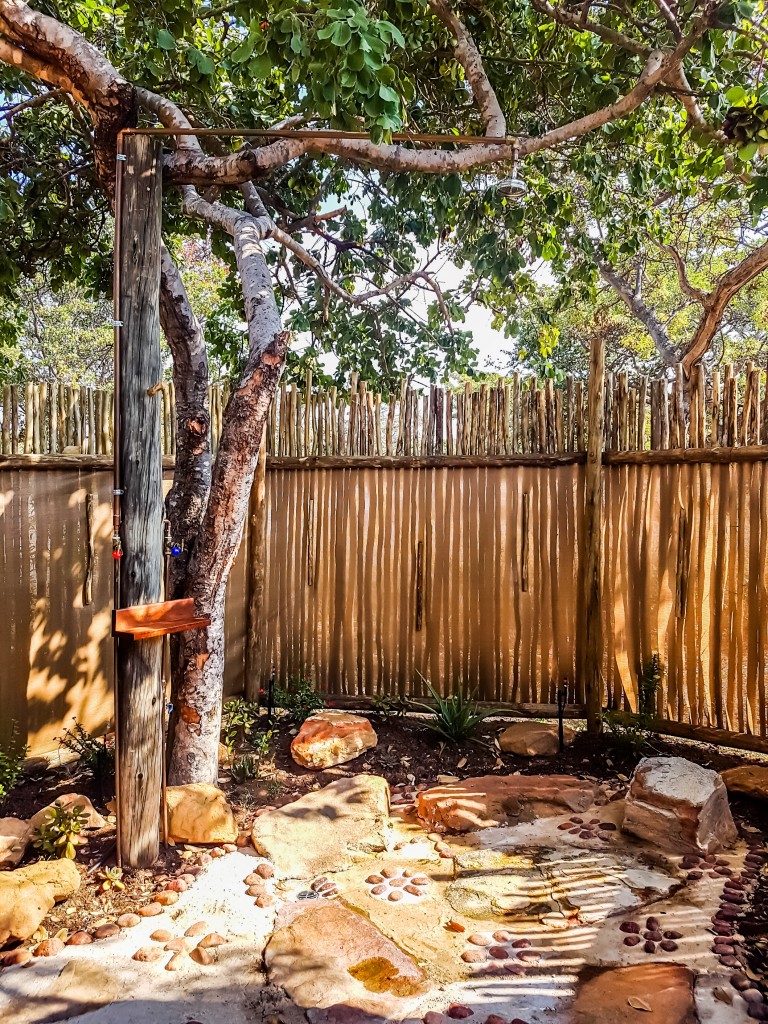 We spent the day walking around the farm. There is a lot of deep soft sand, so walking even a short distance is actually quite a work out. We spotted lots of buck and giraffe and got up close, a first for me, as I’d never before done a walking safari or anything similar. We found one of the hides but it was midday by then and not much was afoot. We also came across the entrance to Mara Camp but as it’s private and was occupied at the time we were there, we couldn’t go check it out. I had initially tried to book it but we were quite pleased with our site at Tau, and the fact that we had electricity. 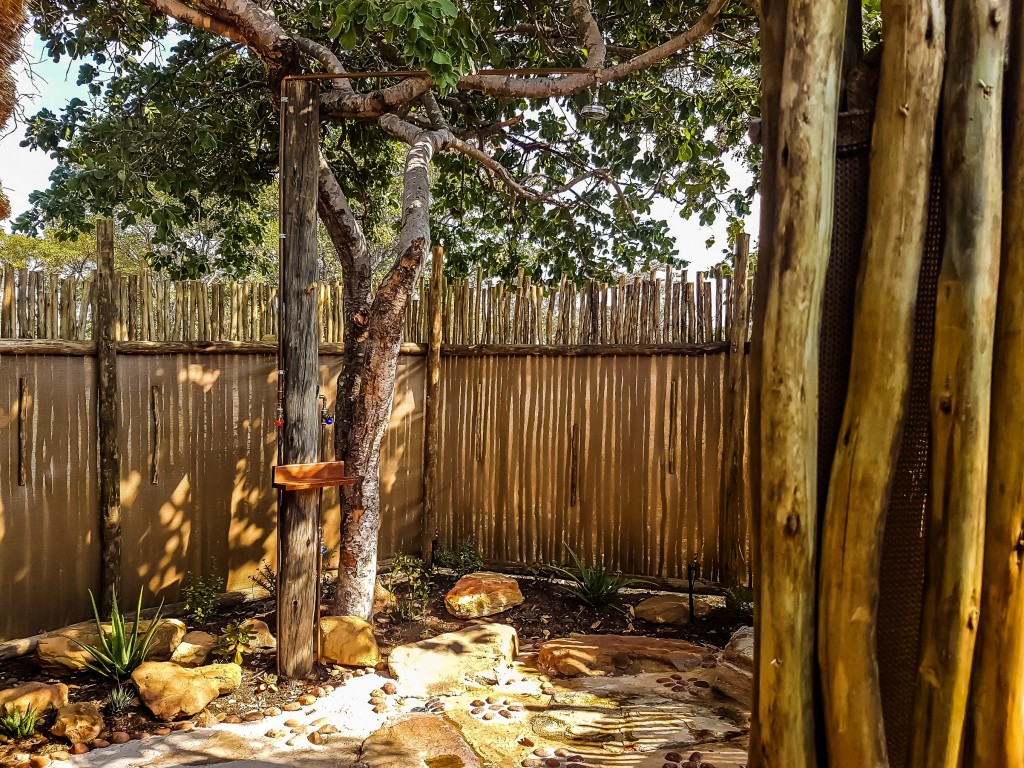 After a great day of walking around and spotting wild life, we headed back to camp. I used the time left in the day to go get cleaned up and use one their open air showers. This open air shower ranks up there as one of my favourite experiences while camping. Enjoying a shower under a tree in the open air with sunlight streaming through the leaves was incredible. And as the day was still nice and warm, it was an absolutely winning combination. 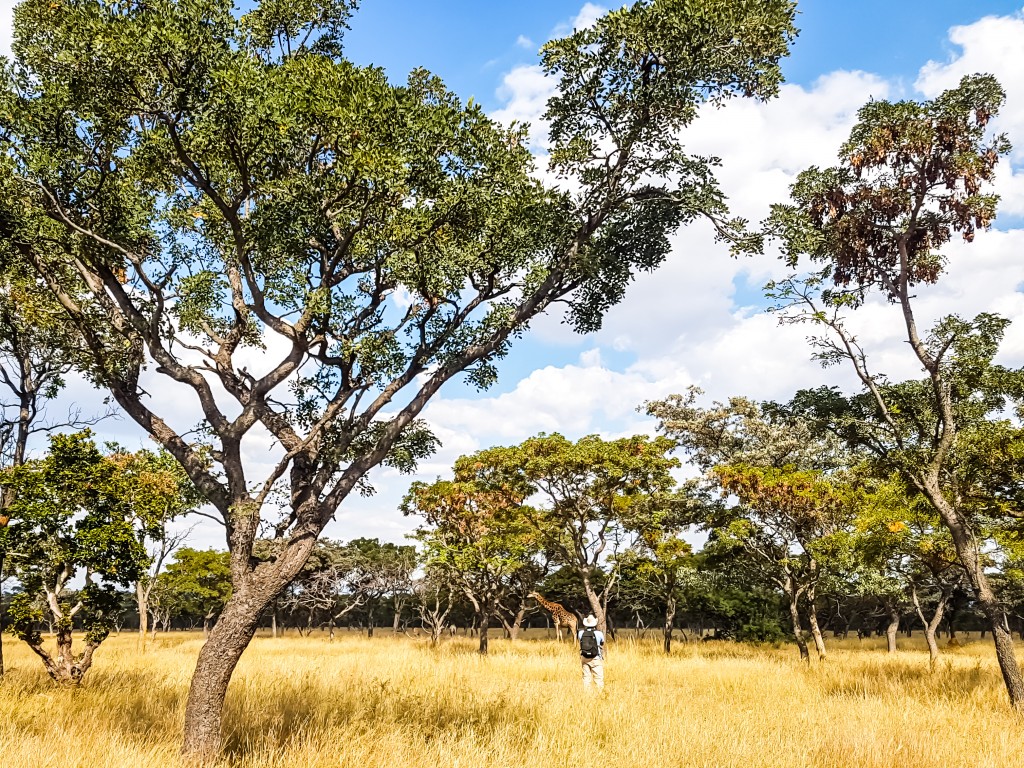 I decided to spend the rest of the day being utterly lazy and enjoying some bird watching. The weather wasn’t quite warm enough to enjoy the pool, so I chilled at camp instead. Before I knew it, the sun was already heading toward the horison. We thought it best to start the fire early this time, so we could be nice and toasty and well on our way to dinner before the real cold arrived. We’re pretty straightforward when it comes to camping dinners, and set about making our usual: potatoes and onions, individually wrapped in foil and baked next to the fire; steak; lamb chops; and a salad. After dinner, it was just a case of enjoying the sounds of the bush. A friend who had joined us for the weekend took a long walk in the dark, all along the paths, and did some night-time wild life spotting. She has a very amusing photo of a pair of shiny globes high up off the ground which is all you can spot of the giraffe she came across that evening. 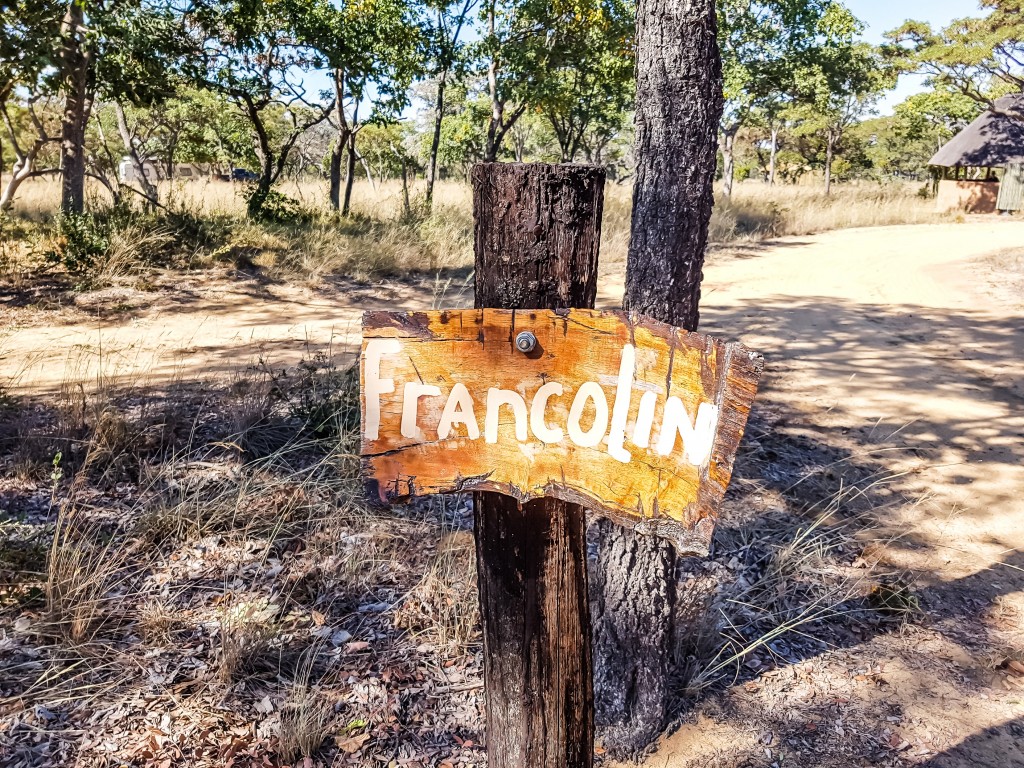 As I watched her headlight bop up and down faaaaaar in the distance, I wished we could stay longer. Truthfully, I was already plotting how I might convince Tall Dark & Handsome to bring me back again. He is very set on seeing new places and generally, not going back to the same place more than once, but here we were in a real slice of heaven, with the kind of soulfood I definitely need more of. I’m still working on convincing him. 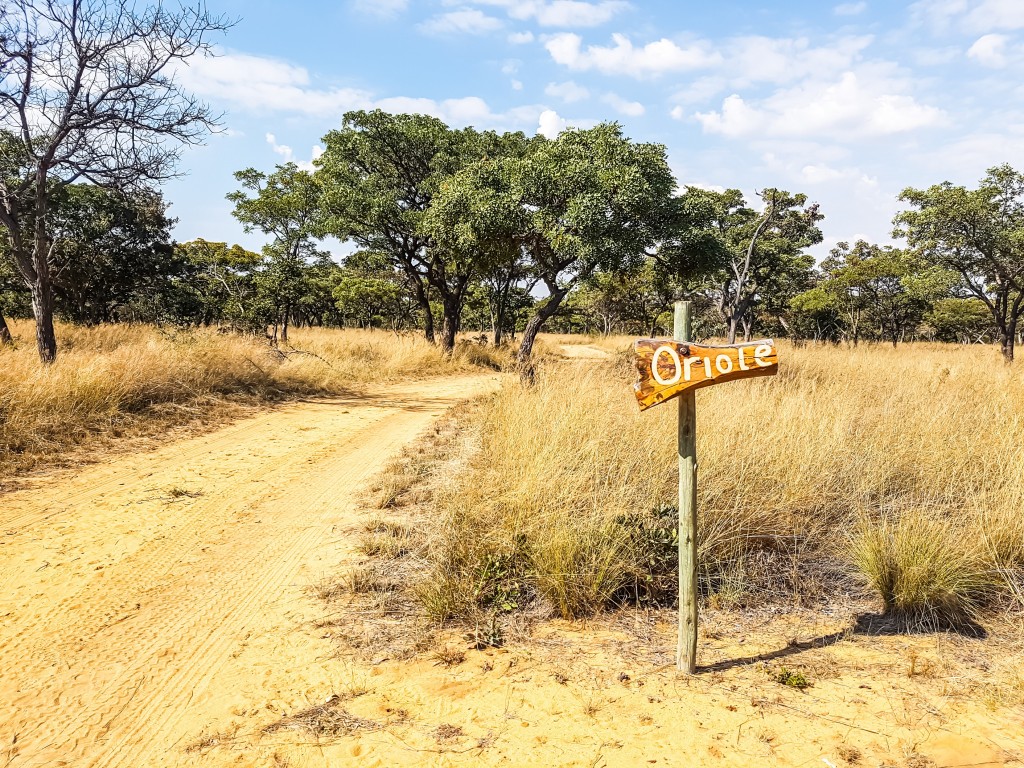 I woke up again before sunrise on the Sunday but this time, turned my back on the rising sun and went back to sleep. We got up a little later than we probably should’ve, but it was just too nice to stay in bed, warm and cosy. As the last day got going, I was already a little sad about having to leave. Luckily, the managers were okay with us checking out slightly later, as there was nobody due to arrive that day. 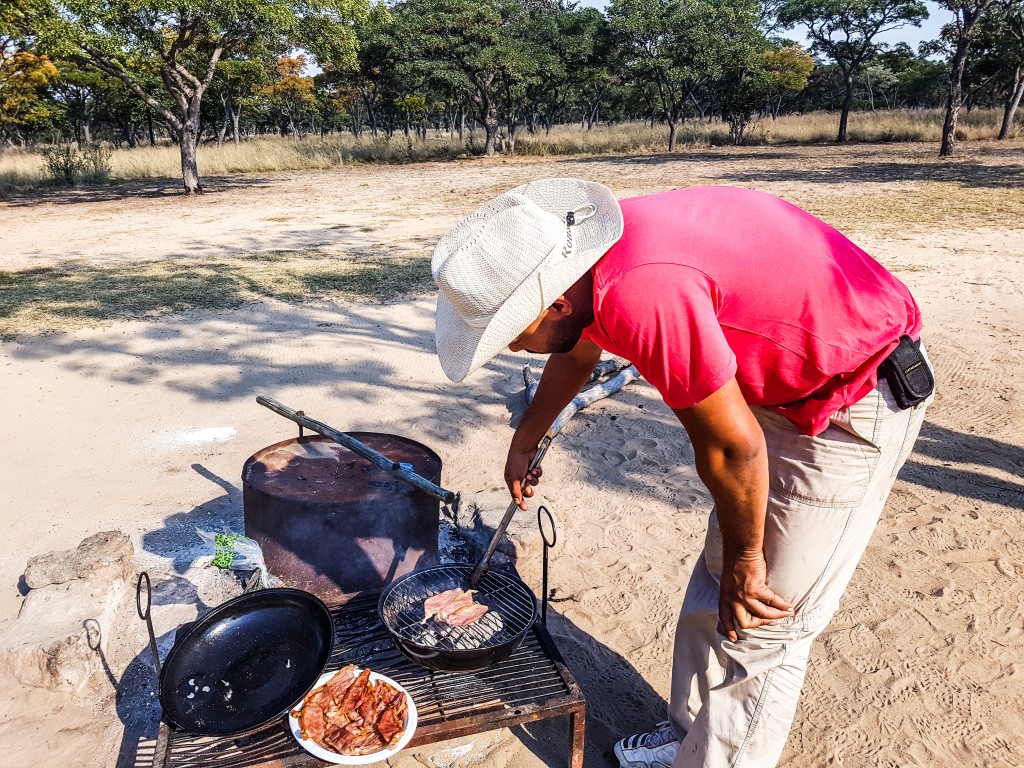 As we set about decamping, I grabbed every opportunity to identify another bird (my latest intense hobby). While Tall Dark & Handsome went about his uber-skillful car packing, I went around to the other campsites and open air shower/toilets I hadn’t yet seen to check it out and take some photos. At that time, the other campers had already departed. I do hope to go back soon! I’d love to experience Matamba in spring. 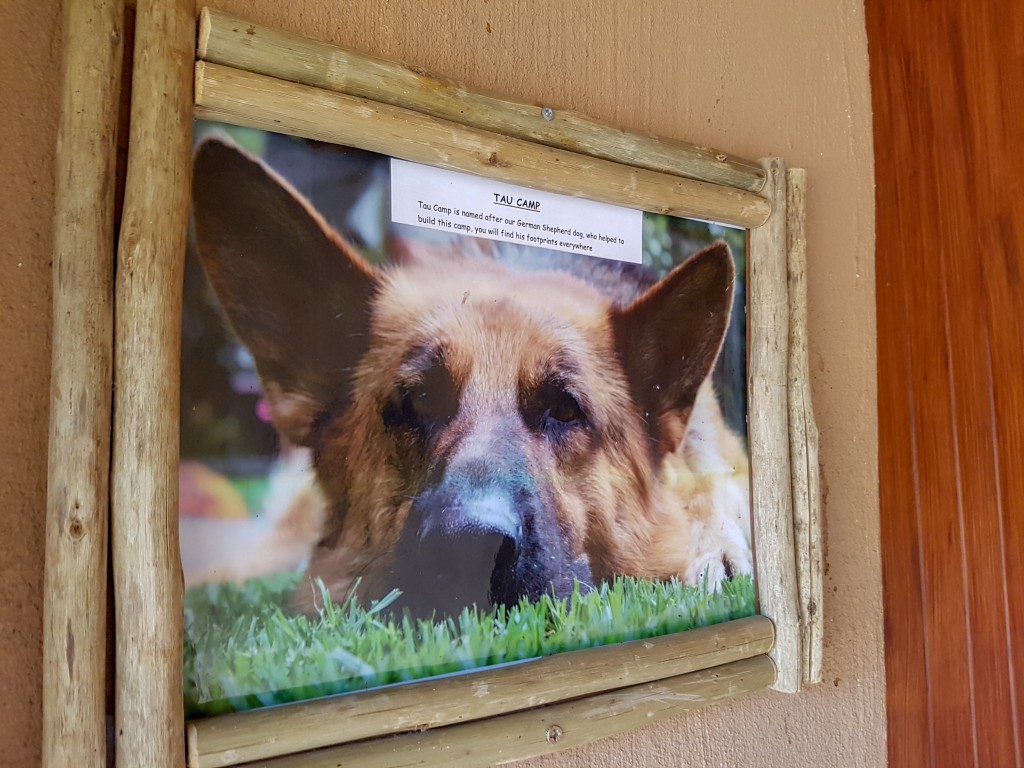 For more information on Matamba Bush Camp, check out their website. Highly recommended, whether as the start of an epic overland journey, or as a brief respite from the city and the hamster wheel of corporate life. Hope to see you there soon! 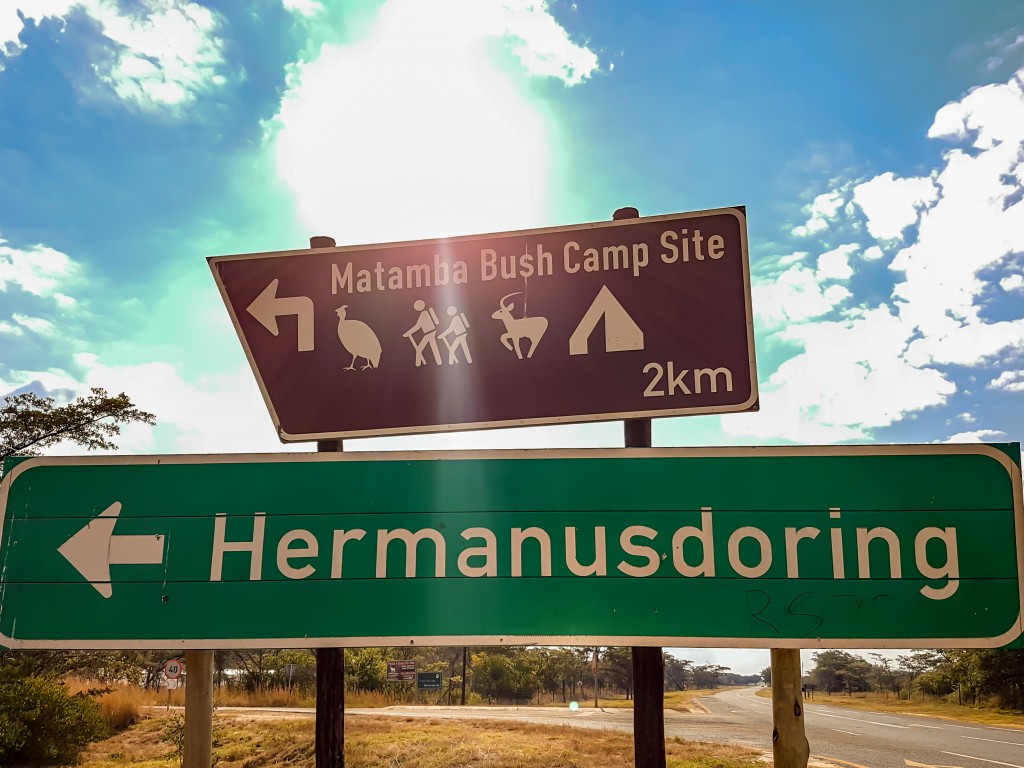