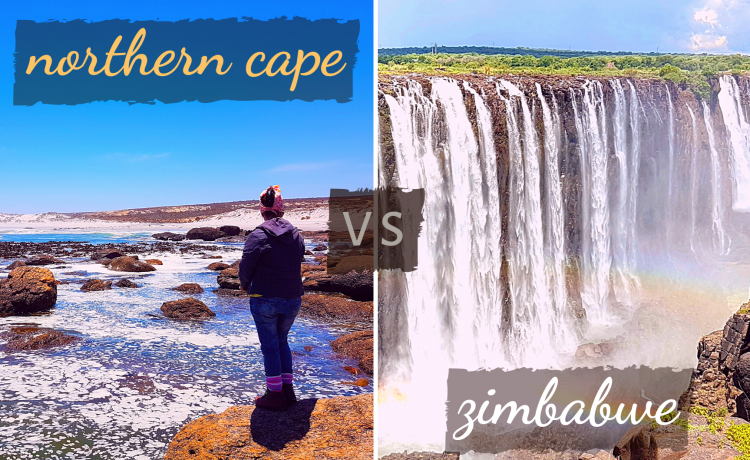 Will We, Won’t We – The Zimbabwe vs. Northern Cape Dilemma

Trying to Predict the Future

Thoughts from a frustrated planner type

Perhaps you don’t know this about me, but I am a super planner. I’m already currently planning a trip I have in mind for July 2023. So this is the furthest in the year we’ve ever gone without having our entire December epic trip all set and bookings finalised. EVER!

For years now, we’ve been considering the Epic Zimbabwe trip of our dreams. It’s especially close to Travel Gigolo‘s heart, as he was born there. He’s been dreaming about this trip for as long as I can remember. So finally, we threw all caution and worries aside last year, and assigned it to December 2020. This would be the next great epic after the #EasternCapeEpic. We’ve tweaked and re-tweaked the plan a number of times, trying to figure out how much leave we’d be able to negotiate, and so forth.

This is sort of what the final trip would look like:

And then came COVID-19. We could never ever have predicted, when the national lockdown was announced starting on 27 March 2020, that we’d still be cancelling trips into August 2020. Up until now, we have cancelled four really big trips we had planned. This year, 2020, was going to be a huge travel year for us. Best laid plans, and all of that!

Now we sit here in August, contemplating whether we’ll be crossing any land borders come December. It’s tough to imagine it will come to pass, and even should the borders open, we may have to assign 14 days to being in quarantine, which is basically two thirds of the trip plan gone. It’s looking like a very very real possibility that our December plans will not go as … planned.

What’s the alternative? Well, I’m glad you are (probably not) asking!

I’m such a sucker for the Northern Cape. Wide open expanses & hot desert conditions. It’s my fave, even in December! And the lack of crowds and cellphone signal are both distinctive bonus points, especially these days! Despite some remonstrations from Travel Gigolo about doing some things we’ve done in previous trips, and revisiting destinations (which we hardly ever do on epic trips), I’m planning my back-up travel itinerary through the Northern Cape, along a similar route as one or two other epics. This is, as far as practical within the likely time frame, my Northern Cape wish list. A lot of maybes still weigh on the planning, though. When will our companies close this year? Due to COVID-19, we’ve seen a lot of stagnation in business, so we may all end up working later into the year than is the norm. There’s also the distinct possibility that we’ll be losing some of our leave, due to the original Level 5 lockdown. And we won’t even touch on the sensitive topic of finances.

I am eternally optimistic though (or trying to be) and this is what my Northern Cape Mega trip would look like:

This is also more than just about border crossings and where we’re legally allowed to go. We’re also wondering if supporting local tourism shouldn’t be our number one priority. Of course, as soon as inter-provincial travel is allowed, you can bet your bottom dollar we’re getting everywhere we can to make up for all the lost time, and will already be doing whatever we can to support local tourism. So it’s a tough choice between one plan years in the making and another in support of our local economy.

So while we wait for the universe to decide our fate, we’re booking here and there to make sure that Plan B will be within reach should Plan A be put on the back burner. I hope that we know for sure by the end of October which way we’re heading. In my heart of hearts, I’m excited to go back to the Northern Cape, but I know that Travel Gigolo is dreaming of Zimbabwe.

So Long, and Thanks for all the Cheese

The Year of Plenty